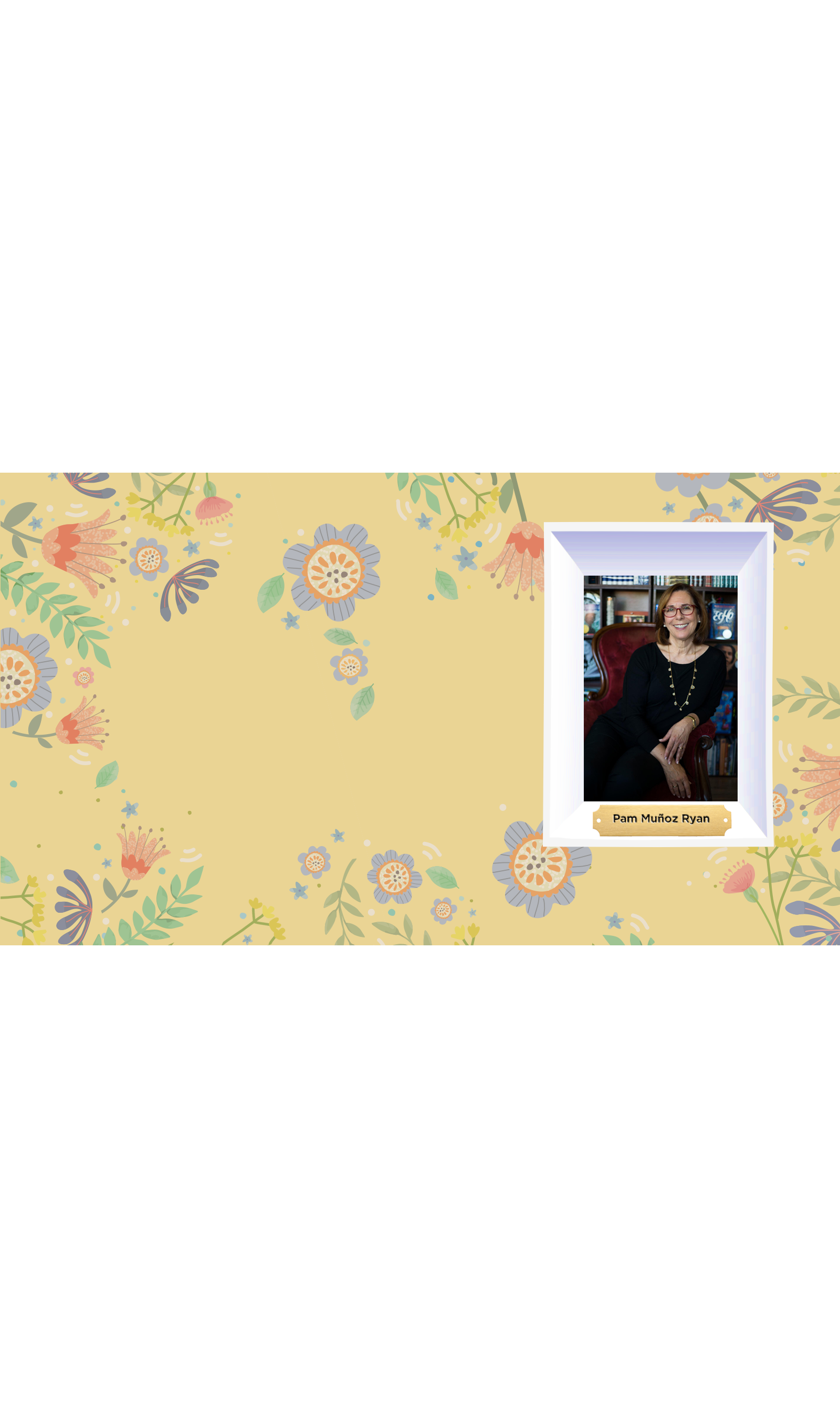 Pam Muñoz Ryan was born in Bakersfield, California, in 1951. With half of her family from Mexico and the other half from Oklahoma, Muñoz Ryan jokes that she grew up eating enchiladas one weekend and fried chicken the next. She was the oldest of 23 grandchildren on her mother’s side.

Pam Muñoz Ryan studied child development at San Diego State University before working as a bilingual Head Start teacher, full-time mom, and early childhood program administrator. After earning a graduate degree in education, Muñoz Ryan began her new career as a writer. At first, she wrote books about child development for adults. Soon though, she started writing books for children. After publishing a number of picture books, Muñoz Ryan discovered that she was a talented novelist as well. Esperanza Rising, perhaps her most well known novel, won the Pura Belpré Medal in 2000.

Here is a list of just some of the books Pam Muñoz Ryan has written for children ages nine to twelve:

Read more about these books on our Women’s History Suggested Reading List.