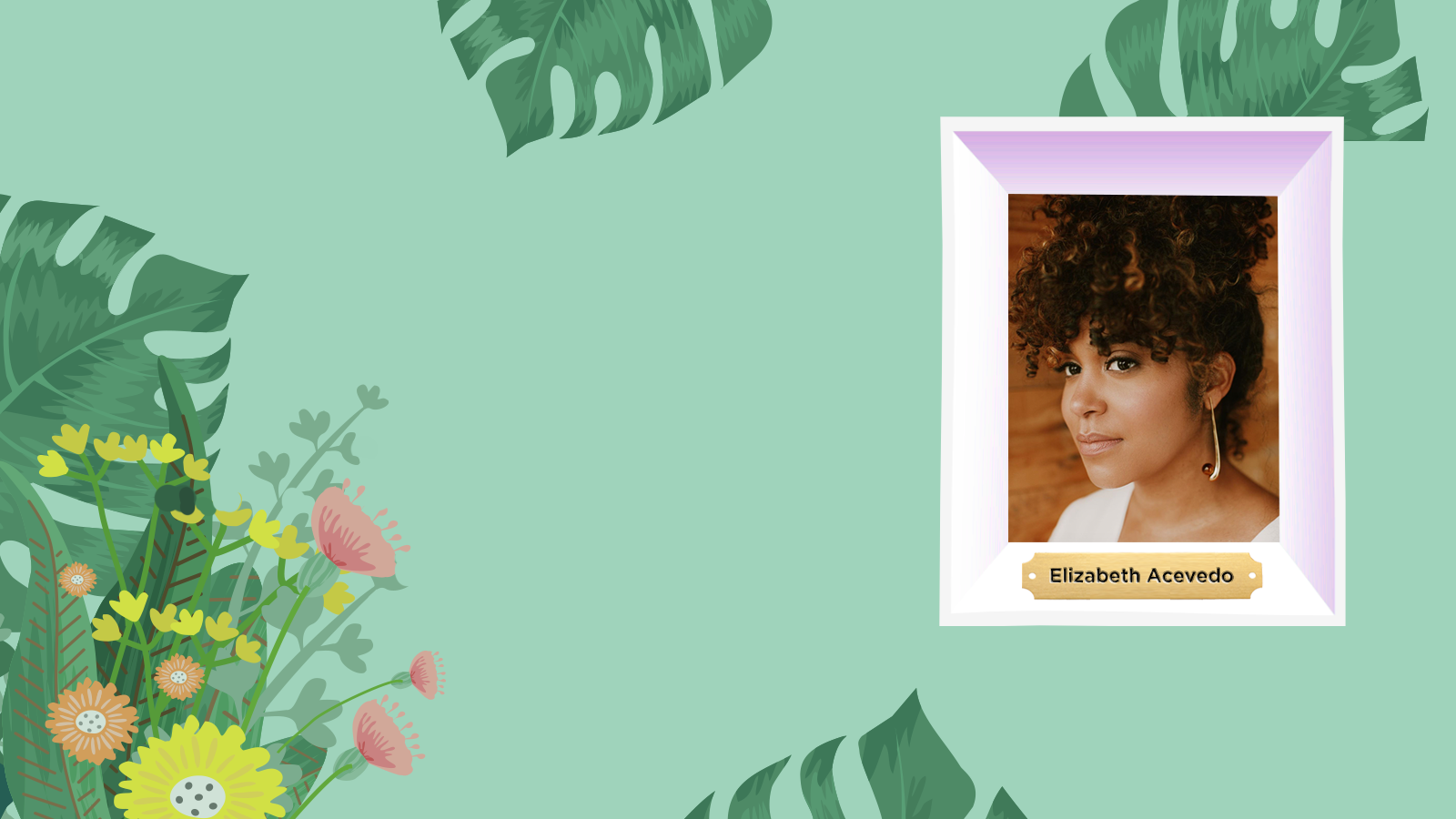 Elizabeth is one of the United States’s up and coming Latina writers for young adults. She is a winner of the 2018 National Book Award for Young People’s Literature with her popular and acclaimed debut novel, The Poet X, which also made the New York Times Bestseller List.

She has been honored for celebrating, affirming, and portraying Latina culture and experience. She is a National Poetry Slam champion and holds an MFA in creative writing from the University of Maryland.

Elizabeth was born and raised in New York City, the only daughter of Dominican immigrants. By age 12, she decided she wanted to be a rapper, but then quickly realized that what she really wanted to do was perform poetry. In high school, one of her English teachers recruited her to join her after school poetry club to improve her work. When Elizabeth was 14 she completed her first poetry slam and then participated in open mics around NYC.

She went to George Washington University, where she earned a Bachelor of Arts degree in Performing Arts. She designed her own degree using courses from performing arts, English, and Sociology. After graduation, she joined Teach for America and taught eighth grade in Prince George’s County, Maryland. The population of her school was 78% Latino and 20% African-American, yet she was the first Latina teacher to teach a core subject.

Elizabeth won a National Poetry Slam Championship and became head coach for the D.C. Youth Slam Team. She has performed at Lincoln Center and Madison Square Garden in New York, as well as the Kennedy Center of the Performing Arts in Washington, D.C. She has also performed abroad, in South Africa, Belgium, and Kosovo.

Currently, Elizabeth lives with her partner in Washington, D.C., where she is a visiting instructor at an adjudicated youth center where she works with incarcerated women and teenagers.

In addition to The Poet X, Elizabeth’s books for young adults include:

See our Women’s History Suggested Reading List for more details about her books.