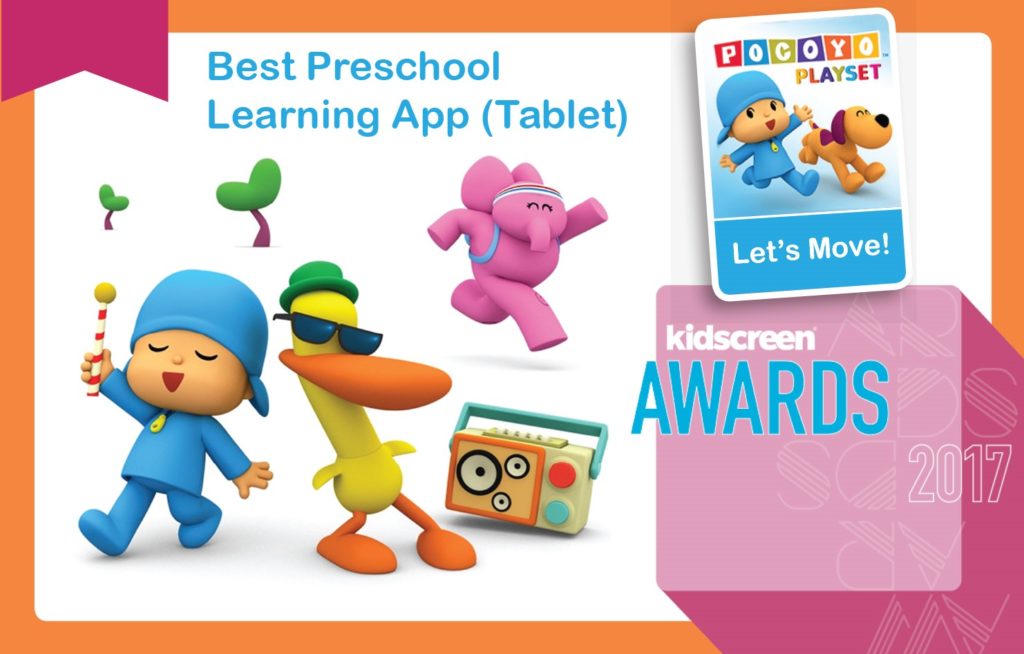 The Pocoyo PlaySet: Let’s Move is a creation of the Early Learning Collaborative (ELC) between HITN and Zinkia Entertainment, the creator of the award-winning animated series, Pocoyo. HITN’s creative design and focus on solid academic and social-emotional skills were brought to life through the renowned and revered Pocoyo brand, and through the support of a $30 million Ready-to-Learn grant funded by the U.S. Department of Education. The resulting Pocoyo PlaySets provide unlimited opportunities for young children to engage in a powerful learning experience. These integrated suites of educational resources have been proven effective through summative studies and pilot implementations across the USA and Puerto Rico.

“We are honored to win a Kidscreen Award and would like to extend our congratulations to all the television and digital media nominees and winners,” said Erica Branch-Ridley, Vice President and Executive Producer of HITN’s Creative Development & Production. “We are pleased to have collaborated with the industry’s best television partners, and are grateful to Kidscreen for seeing the value and creative energy behind our Pocoyo PlaySet: Let’s Move app.”

The app creates a fun and engaging educational experience, cultivating preschoolers’ learning abilities through body movements and pedagogical games and activities, while encouraging children to be physically active, following Pocoyo’s lead. Through Pocoyo PlaySet: Let’s Move, preschoolers build fluency in spoken English and expand their English vocabulary learning words, while also sharpening their listening skills and ability to follow directions.
All 15 Pocoyo PlaySets are now available on the Apple Store and GooglePlay.