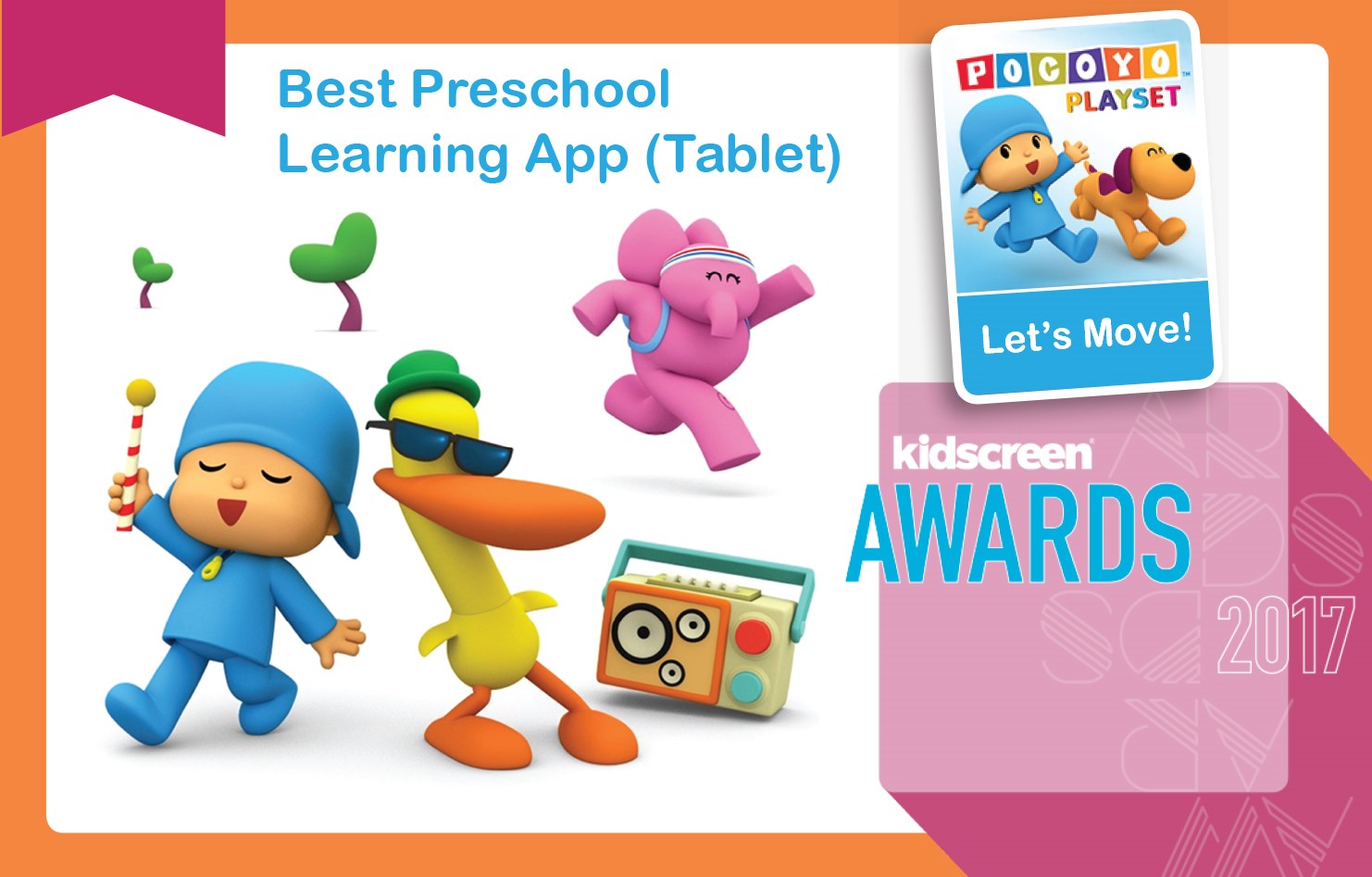 The Pocoyo PlaySet: Let’s Move is a creation of the Early Learning Collaborative (ELC) between HITN and Zinkia Entertainment, the creator of the award-winning animated series, Pocoyo. HITN’s creative design and focus on solid academic and social-emotional skills were brought to life through the renowned and revered Pocoyo brand, and through the support of a $30 million Ready-to-Learn grant funded by the U.S. Department of Education. The resulting Pocoyo PlaySets provide unlimited opportunities for young children to engage in a powerful learning experience. These integrated suites of educational resources have been proven effective through summative studies and pilot implementations across the USA and Puerto Rico.

“We are honored to win a Kidscreen Award and would like to extend our congratulations to all the television and digital media nominees and winners,” said Erica Branch-Ridley, Vice President and Executive Producer of HITN’s Creative Development & Production. “We are pleased to have collaborated with the industry’s best television partners, and are grateful to Kidscreen for seeing the value and creative energy behind our Pocoyo PlaySet: Let’s Move app.”

All 15 Pocoyo PlaySets are now available on the Apple Store and GooglePlay.